Skip to content
Posted on January 29, 2019 by Debby Palti 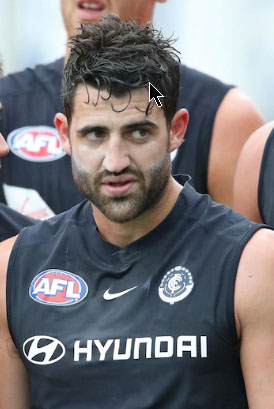 So far Carlton has had its share of injured players.  My rationale is that I would rather players have injuries now rather than during the season.  This may not the best run-up to the start of the season, but except for Docherty, the injuries are not ones that will put a great big hole in our depth at the club.

Then the news broke that Alex Fasolo broke his elbow and is out for up to 6- 8 weeks and that this happened during a ‘wrestling’ match with friends on a Saturday night. The vitriol that has been on social media and the media’s response is quite astounding really.  Yes, we are all upset that Fasolo went down the path that he did and for some, it seems we can’t catch a break. I disagree.

Let’s put this into a bit of perspective. Alex Fasolo was not going to be the knight in shining armor that would take the team out of the doldrums of last place and propel them into the top 8 in 2019.  He was for all intense and purposes what I would call a ‘stop-gap’ for the younger players to grow and develop under a seasoned player.  He has come out and stated that he is embarrassed and will now do all that he can to regain the trust not only of the players and coaches but of the supporters.  What more do some want from him?  He made an error that has not sent the game nor the club into disrepute, he has made an error that could be the making of him.

He was given the opportunity to become a player that the younger players could learn from. He was given the role of being a senior player with game time under his belt so the younger players could learn from.  He has for sure let himself down and the faith the club put in him. But his absence from the game for Carlton should not be something that should make any supporter throw their arms up in disgust or anger. The reason is that in 2019 the club has better depth in their playing field. Sure, he will be missed at the beginning of the season; but would he have made such a huge impact all at once, I don’t think so.

He has more to prove now than ever and maybe his time on sidelines will put things into more of a perspective for him.  Maybe this will give him more impetus to show the faith the club has had in him and he could be a key factor on the field.  Sometimes taking a few steps backward ensures that any steps forward will be marked with a more determined and focused effort if given the chance.

Fasolo out of the team, for now, will put a small dent in the playing group at Carlton but is not a major bump. It is but a dent in the how the club is starting to shape its future.  The nasty and downright idiotic comments about Fasolo and the club must be ignored, and a bit of perspective put on what has happened. Don’t make it out more than it is.

Love my footy! Simple. Love music. Love art, writing, fashion, family, friends...living life without fear and conformity. I believe that everyone deserves a great life and freedom to believe in what you want as long as it does not hurt anyone or is violent. We all look at things differently, and we all have different views and opinions, but we all need to respect each other's views and opinions. We can agree to disagree. Call me a geek, but I love books, I love history, I love learning, I love footy and I love my fashion! Did I say I love footy?
Loading Comments...
Comment
×
%d bloggers like this: