Round One of the AFL season has come and the results in a few games have overwhelmingly stunned the footy world.  Carlton’s match against a top-eight team did not get the result that we probably all hoped we would get. Yet by the end of the round, we were actually better than a lot have thought and commented on. Why? Because in spite of the first quarter, we played a better match and scored better than teams that for most commentators were either going to be in the top 8 or were Premiership material.

Now I know this is only the first round and as the season moves forward, teams get better, so it is possible that Essendon won’t ‘bomb’ out or that North won’t ‘jump’ to the bottom. But given what they have shown, or haven’t shown, you would have to ask…can they come back from the quagmire of humiliation?

Carlton, on the other hand, showed that despite a shocking first quarter, the players did not let that define or stop them and we came close at one point where we were only 13 points away from the lead.  The players didn’t give up, they just ran out of steam towards the end.

I said during the first quarter, that in the second one, the boys will play a better and less scrappy game. You have to realize that this is the first major game in front of a big crowd, against a previous year’s Premiership side and we lost momentum in the fourth quarter.  But the signs are there that weren’t before. There are players who have gained not only confidence but stamina and playing ability that they lacked last year. We have gained seasoned players who will give this young playing group more depth on the ground. We have to acknowledge that the team is now shaping up to be a decent team that still needs maturing and developing and that will happen during the season when they play more and more together.

I watched the Essendon and GWS game and Essendon were just a fragmented group of players who could not for the life of them get into a cohesive game plan and North Melbourne are in the same boat. Here they were touted as being top 8 material and they still might, but right now they look anything like that.  Sitting in the bottom four are four teams that no-one thought would be there and Carlton are sitting 14, a place again, no-one thought would happen.

The question now to be asked is what will Carlton do now?  They must utilize their position and the resulting outcomes from this round and be bolstered by the fact that the team was not that bad in comparison to other previous so-called top teams. They must understand that Round One was better than first thought and that the playing group as a whole can only become stronger and more focused when they take on Port Adelaide. But they must, I mean must go into the PA game feeling a sense of empowerment that they have the tools to overcome a loss if they really want it.  To prove that, they must look at the girl’s team and see how they became a single unit pursuing a single goal – to fight and run until the final siren. 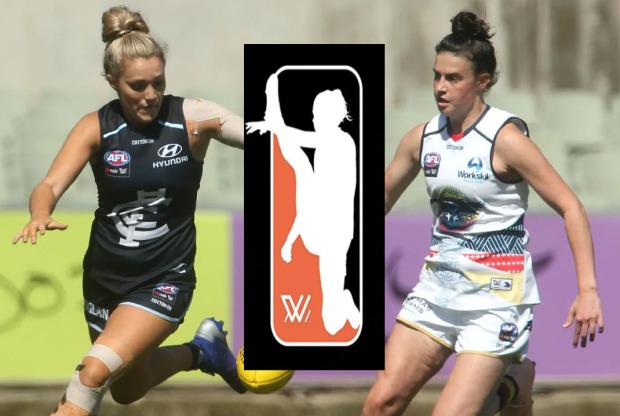 Being at the girls game and see how sheer determination and the ability to focus on the team getting through was inspiring. That through everything that went on during the week, they pushed that to the curb and concentrated on the task ahead – to win, and boy did they do that.

I am stoked that this weekend I will be traveling to Adelaide to see the boys and then the next day, watch the girls in the Grand Final. A team that won a wooden spoon last year, to be playing in a final is momentous. It should send a signal to the boys that what you can achieve if you play without giving up and play as a team, no matter what level your game is, outstrips defeat.

Well done Girls and to this upcoming weekend on all fronts GO BLUES!