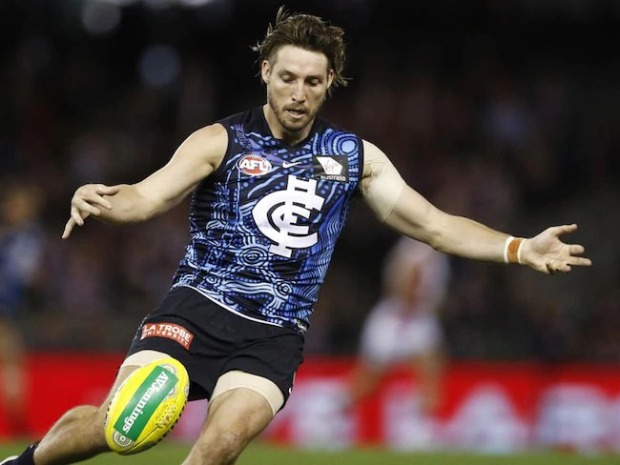 This week we have seen, once again, Carlton splashed across the pages of the news. Dale Thomas, who has been a player that has put his heart and soul on the line for the team, get a Leadership Group sanction because he was apparently drunk during a Carlton charity event.  Now the media and ex-players who are commentators are coming out and saying that he should not be picked again in the senior side, that he should never play AFL footy again. Really? Do you know hypocritical you all sound?  I mean, come on, what are you now bullies? Because this is what you are sounding like.  Here’s why.

In 2013 Buddy Franklin, then at Hawthorn was reported by The Age that he intimidated a person while he was drunk in a bar.  He did apologise but the media did not get to the point of saying he should never play AFL again.  Then in 2014, he was interviewed by police as the car he was driving crashed into five cars. Now while he was breath tested and it came up with nothing, it did not state whether he was under the influence of any substance. Not saying he was, but the media did not go to town on him in the same way that they have with Thomas.

In 2019 Steven May apologises to Melbourne players for drinking during this season. While he was injured, he was not put through the mill as Thomas has been.  Jack Watts was reported as being videoed snorting a white powder that was while legal as it was Wisen Pulver. Given the issues surrounding illegal drugs, why didn’t the media state that he should not play AFL again? In 2018, North Melbourne’s Jy Simpkin sustained injuries while drunk and stepped out in front of a motorcyclist.  In the same year, Jodan de Goey had been banned indefinitely by the Collingwood FC because of a drink-driving offence.

An ex-Collingwood player, Dane Swan has come out and stated that to demote Thomas to the VFL by the Carlton Leadership Group is not acceptable and he should never be picked again for the senior side.  Georgia Love, a former reality TV ‘person’ (I would not call her a star), has put on Twitter that to her, he has had more than 3 drinks.

This barrage of ex-players, media’s constant comments is coming across as hypocritical and bordering on bullying.  The media has sunk to the level where they are fast becoming a problem not only for clubs but for the players themselves. They believe in their own hype that they are just reporting the news when they are actually going much further.  They believe they have the insight and the first-hand knowledge of a situation and believe that their commentary is valid, succinct and sound.  They are judgemental and hypocritical and are there for one reason only – to make themselves seem relevant to the community.

Their ‘journalism’ is becoming more along the lines of gutter ‘journalism’. They seek not to report the news but to make judgements on it. They are not interested in the bigger problems of the AFL and the game because it is something that is governed by the big organisation that is the AFL. They are not interested in commentating of the state of grass-roots footy, or the state of the umpiring, or fan violence; or even that the women in the AFLW are not paid nearly enough what they should be paid.  They pay lip service to the issue of mental health in players because they harass, barrage and bully players so when they do come out with mental health issues, they have empathy and wish him well. So, in this respect, they are bullies.  Picking on an incident and someone because it makes them feel good.  That is a bully.

Now I am not condoning the action of Dale Thomas, I think what he did was wrong, but it is not front-page newsworthy or warrant the hypocritical comments from the media, ex-players and an ex-reality ‘star’.  How debased and low are these people stooping just to get their face on social media and the media in general.

Then on SEN this morning, Garry Lyon and Tim Watson interviewed Michael Lombardi, an NFL expert.  It was an interesting interview until they asked the question about what he thinks about the Thomas incident.  He stated that it was a problem because there was no inherent culture in the club. They did not tell him that he had been sanctioned. So, they left that out because it makes the club, Carlton and Thomas look even worse. Great job guys!

We are a society that is quick to judge, quick to condemn and quick to show all the nasty, negative aspects of society on media and social media and not focus on the bigger issues.  The media and ex-players, and so-called reality ‘stars’ have a lot to answer for in this regard and they are the ones pushing this nastiness and negativity to the forefront.  They are hypocrites and bullies.

Dale Thomas did the wrong thing, he was sanctioned by the club’s Leadership Group, let’s leave it at that. To call for him not to play AFL anymore is laughable and hypocritical.